One Big Long Table by Poppadoms Now in Pop-Up style 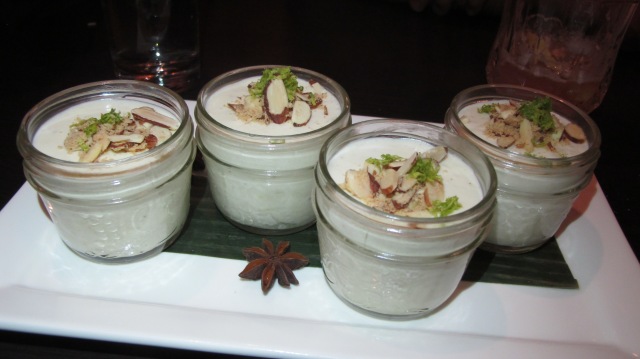 When the Dosanj family of Poppadoms: Taste India (Kelowna) announced that they had sold the business and were moving on, I was heartbroken at first. After all, how many restaurants do you know bring an honest farm-to-table approach to Indian cooking?

Don’t get me wrong, I enjoy good Vindaloo or Butter Chicken, samosas, pakoras or other fare you find at traditional East Indian restaurants. However, if I have a choice to go to one that elevates that cuisine to a higher benchmark by using ingredients that I know I can trust, that’s where you’ll find me. Couple that with their innovation in taking fresh local ingredients and preparing dishes with an Indian-inspired twist, I’m all in. 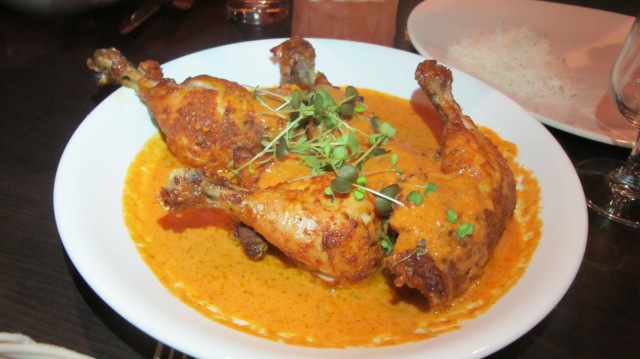 So, you can imagine my relief to learn that I’ll be able to get my hands on some of that cuisine periodically through a variety of initiatives. For example, coming up this weekend Aman Dosanj has organized two pop-up dinners along with Jas Dosanj (Mom):

If I could, I’d attend both. You just don’t know when this cuisine is going to come along again. And I have a confession, for me there’s a bit of a vested interest in the Penticton Pop-Up. After all, when Aman called on me for ideas on where to hold one in Penticton, Cannery Brewing was my first choice. You see I’m a big fan of what Cannery Brewing does as well and I knew Patt Dyck and the ownership team are always open to discussing great collaborations. Cannery Brewing and another of my favourite restaurants Brodo Kitchen have been doing beer-paired dinners hosted back and forth between their locations. It just made sense to bring Poppadoms to Cannery Brewing in Penticton. So I put Aman in touch with Kim Lawton of DogLeg Marketing who works closely with the team at Cannery Brewing and Kim presented the idea to them. I love it when a plan comes together so you’ll find me happily taking in those festivities on Sunday.

I was privileged to join Aman for a tasting flight of beer at Cannery Brewing as she planned out the menu. It’s going to be fantastic. If there are still tickets available, check it out. 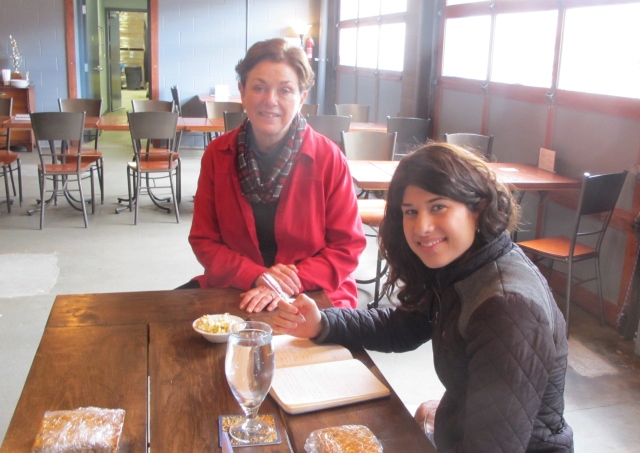 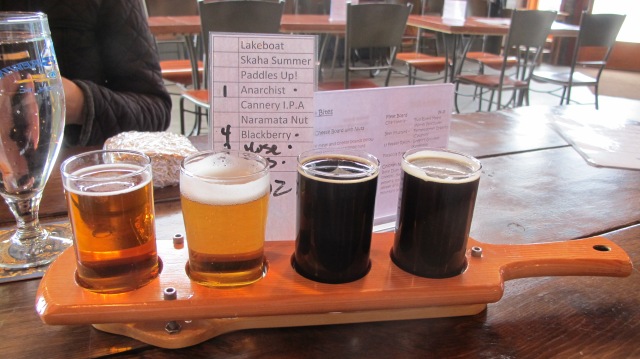 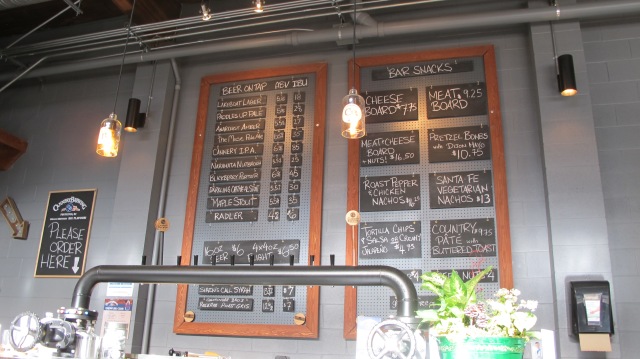 Aman Dosanj of Poppadoms at Cannery Brewing with Kim Lawton

Poppadoms had just celebrated its sixth anniversary December 2015, quite an accomplishment given the family had not been in the restaurant business prior to moving to Canada. I’ve been a big fan since the first day I walked in, and my admiration only grew as I witnessed the thirst for knowledge in all of the Dosanj family. They pursued their quest in so many ways such as joining and supporting the Okanagan Chefs Association, contracting expert advice from such culinary giants as Chef Bernard Casavant, collaborating whenever possible with brilliant chefs and culinary industry folks from throughout the Okanagan, and participating in local events. 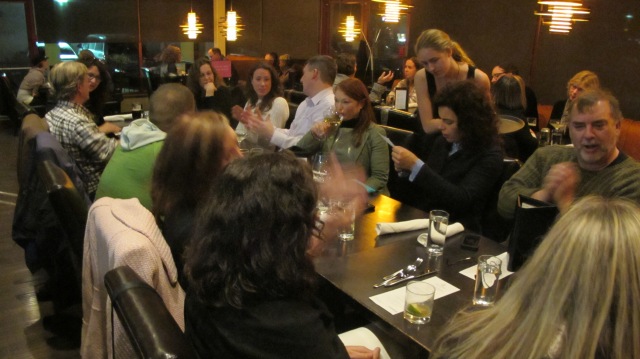 Aman has big plans to travel the world, explore her own culinary roots and write about it. Jasmin (sister) has already landed a position in Vancouver to expand her wine and industry knowledge. Harry will continue to explore the cocktail movement. Serge (Dad) has been busy with his own restaurant Kettle Valley Plates in Kelowna. Jas will periodically lend Serge a hand and has already scheduled her Poppadoms cooking classes there. The travel agency for whom Jas led a successful culinary tour to India is clamoring for more. And we’re all hoping she’ll take her amazing  and samosas to Okanagan farmers markets. I’m excited for the family and wish each and everyone of them the best.

I’ve written about Poppadoms in Wine Trails and in my posts in such sites as blog.hellobc.com and myvancity.ca I hope to continue to keep in touch and track the next great steps they’ll take.

Here’s some links to some of my articles where Poppadoms is mentioned:

Photos from the “Last Dinner” held at Poppadoms, January 2016 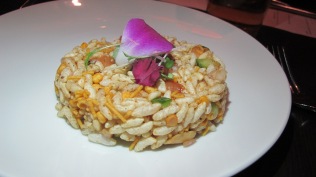 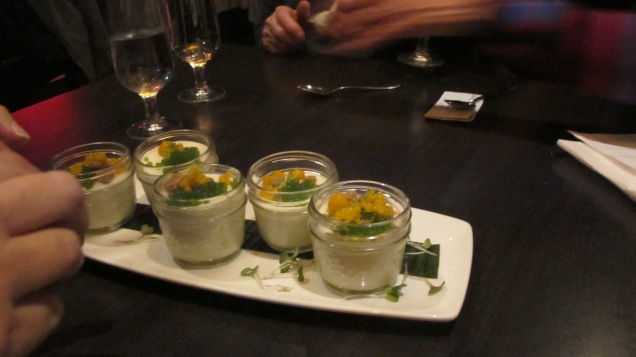 Live. Learn. Write. I’m the behind the lenses, author of the words kind of person. In classic drama or opera or the Robertson Davies’ book of the same title, I’d be the player called Fifth Business. Fifth Business is neither heroine nor villain yet instrumental in making the plot happen. I’d far rather learn about you than talk about myself and building relationships is at the core of who I am. The more I learn, the more I realize I have lots to learn. When I was a child one of my nicknames was Small Fry. Now I understand. I really am a small fry in a great big world of learning.
View all posts by rozsmallfry →
This entry was posted in Beer, Beverages, Culinary supplies, Drinks, Food, Lifestyle, Restaurants and tagged BC wine, Cannery Brewing, cook, cooking classes, craft beer, food, food suppliers, Kelowna, Kettle Valley Plates, learning, Lifestyle, long table dinner, Okanagan, Okanagan Burger Tour, Okanagan Chefs Association, Okanagan Grocery, Penticton, Poppadoms, restaurants. Bookmark the permalink.