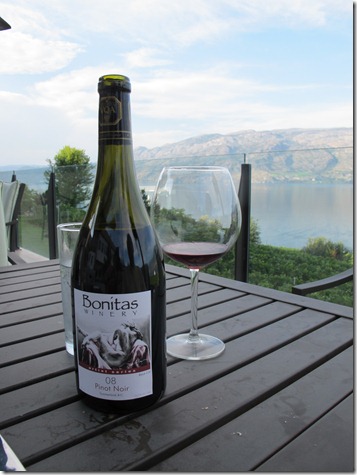 Fittingly described as a “Touch of the Mediterranean, Okanagan style,” Bonitas Winery is Summerland’s only winery right on Okanagan Lake. It is a bit of a hike up to the tasting room and restaurant from the dock, however, it’s a unique experience to find a winery that you can access just off the highway by car, boat in and tie up at its wharf or land a helicopter on its helipad.

However, you choose to arrive, the inviting patios, tasting room and restaurant offer an ambiance you can drink in along with the award-winning wines. It’s no wonder that this spectacular setting is a popular venue for weddings, anniversaries, birthdays and other celebrations. Imagine matrimonial memories engraved with a backdrop of grapevines draping a picturesque hillside with the lake glistening beyond.

In Bonitas Bistro, Chef Proprietor Colin Rayner matches the fantastic wine with fine regional cuisine. If all the great food, drinking wine and celebrating amid this magnificent backdrop inspires you to tarry awhile, there’s even a winery loft you can book. 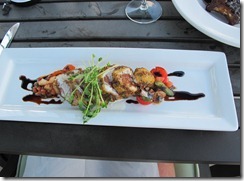 Lawrence Hopper and Diane Esslinger opened the winery in 2008 after planting vines in 1996 to grow grapes and sell them to other wineries. Initially called Hijas Bonitas, which is “Beautiful Daughters” in Spanish, the name was a salute to their four daughters. To simplify for marketing purposes, the name was revised to Bonitas Winery and still speaks to the beauty of its location and the love of sharing with family.

I recently caught up with Lawrence and Diane at the Okanagan Wine Festival’s Valley First Grand Tasting in the Penticton Trade and Convention Centre where they were lovingly sharing tastings of their wine with enthusiastic fans. An exciting chapter is unfolding for Bonitas Winery as they have negotiated its sale to new owners who will retain existing staff. The transition will be a thoughtful process of about six months while the dedicated couple turn the page to prepare for a more leisurely lifestyle. Who knows, they may actually have time to travel to those Mediterranean vistas their winery design has evoked in the Okanagan!

Bonitas Winery is a member of the Bottleneck Drive Summerland Wine Route. 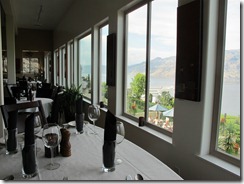 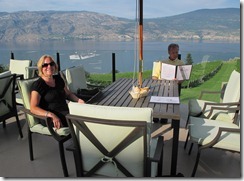 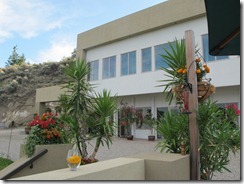 Note: October 15, 2012 – The Bottleneck Drive Winery Associationannounced the 2012-2013 executive for its Board of Directors, including:

With a mission “to promote locally, nationally and internationally, the unique wines produced in the Summerland area,” Bottleneck Drive recently engaged Christina Ferreira as coordinator. 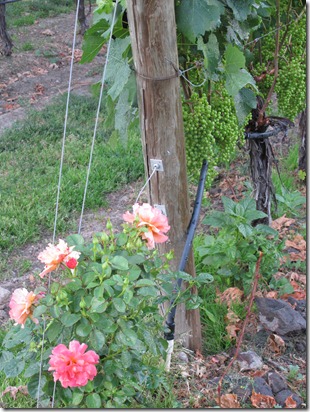 Live. Learn. Write. I’m the behind the lenses, author of the words kind of person. In classic drama or opera or the Robertson Davies’ book of the same title, I’d be the player called Fifth Business. Fifth Business is neither heroine nor villain yet instrumental in making the plot happen. I’d far rather learn about you than talk about myself and building relationships is at the core of who I am. The more I learn, the more I realize I have lots to learn. When I was a child one of my nicknames was Small Fry. Now I understand. I really am a small fry in a great big world of learning.
View all posts by rozsmallfry →
This entry was posted in Alcohol, BC Wineries, Beverages, Family, Food, Lifestyle, Restaurants, Travel, Wine and tagged #wbc13, balance, BC wine, Bonitas Winery, Bottleneck Drive Winery Association, food, food suppliers, Heaven's Gate, learning lifestyle, luxury, Okanagan, Okanagan Crush Pad, restaurants, Sumac Ridge Winery, Summerland, Thornhaven Estate Winery, travel, wine, wineries. Bookmark the permalink.

1 Response to WBC13 Countdown – BC Winery Each Week – Posting 7