Easter and its rich symbolism of rebirth, whether viewed from a pagan or Christian perspective, is suddenly here again. While spring seemed to come slowly to the Okanagan this year, its evidence is apparent in the symphony of songbirds and breaking of buds in the vineyards.

Third licence granted on the Bench, it is one of the area’s earliest wineries and its name, too, has historic significance as a salute to the Kettle Valley Railroad. Founders, winemakers and brothers-in-law Bob Ferguson and Tim Watts had taken up winemaking as a hobby in a rental apartment. As wine aficionados they were disappointed in the quality they were achieving no matter how they tinkered with the kits. Rather than extinguishing their passion this less than stellar result inspired them to grow their own grapes.

They bought the Naramata property in 1987 and planted blocks of Pinot Noir and Chardonnay while keeping their day jobs – Ferguson as an accountant and Watts as a geologist. The winery opened with the 1992 inaugural harvest, barrelling the first vintage and producing 44 cases of Pinot Noir. The tasting room debuted in 1996 and Kettle Valley Winery now produces 10,000 cases annually from 28 acres on the Naramata Bench and 14 acres in the Cawston/Keremeos area. About two-thirds of the 24 wines offered by Kettle Valley Winery are reds.

At the 20th Anniversary Celebration held last September, they both joked about the early days of trying to clean the wine stains from the carpets of their rental apartment and thinking they’d gone big time in moving the winemaking to a garage. Ferguson joined us at the dinner table and laughed about how naive they were as they loaded their first vintage in the trunk and drove to Vancouver determined to sell it. John Bishop of Bishop’s Restaurant will always have a special place in their hearts because he bought a case making Bishop’s their first official customer.

It was a gorgeous evening for an outdoor celebration that brought together family, friends, neighbours, other BC wineries, winemakers, fans and media. Guests were treated to a rare opportunity to take a historic taste trip of the wines, live music and scrumptious gourmet fare catered by Roger Planiden in his mobile Culinary Adventure’s kitchen. Kettle Valley Winery as exceptional hosts wanted their guests to enjoy the festivities to the fullest and hired Top Cat Tours as designated drivers.

Ferguson and Watts are truly appreciative of the support received from their wives, Colleen and Janet, early fans such as Bishop and Vancouver Playhouse International Wine Festival founder John E. Levine who was responsible for getting their wine into BC restaurants and even the terroir in which their vines grow. The wines have won many awards and in 2009, Kettle Valley Winery was named British Columbia Winery of the Year.

See the Kettle Valley Winery website for more on their wines, where to buy them, and the winery’s history: http://www.kettlevalleywinery.com

Each time I sip one of their fine wines, I think about their story and smile. All hobbies should evolve so exquisitely. Here’s to many more years in the Kettle Valley Winery milestones! 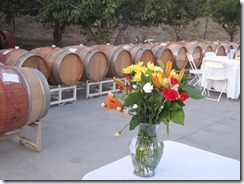 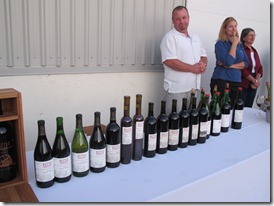 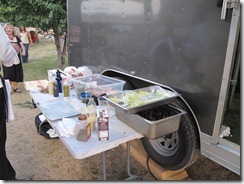 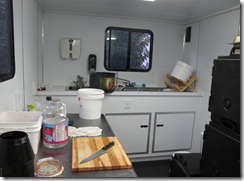 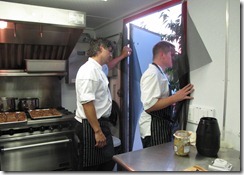 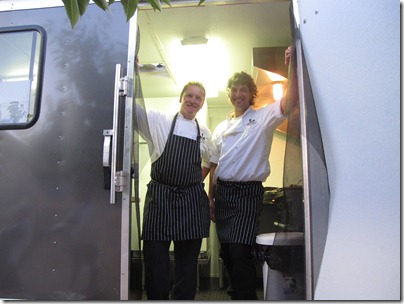 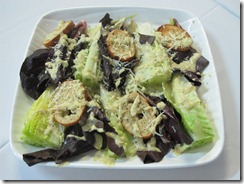 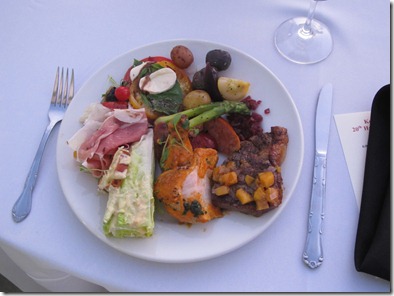 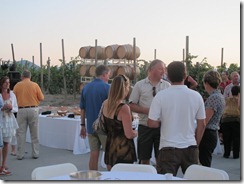 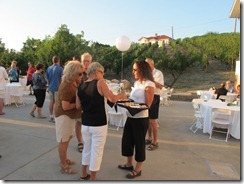 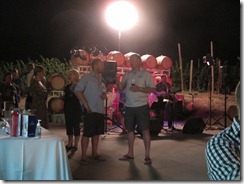 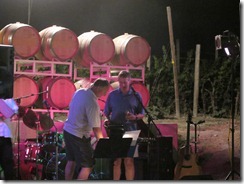 Live. Learn. Write. I’m the behind the lenses, author of the words kind of person. In classic drama or opera or the Robertson Davies’ book of the same title, I’d be the player called Fifth Business. Fifth Business is neither heroine nor villain yet instrumental in making the plot happen. I’d far rather learn about you than talk about myself and building relationships is at the core of who I am. The more I learn, the more I realize I have lots to learn. When I was a child one of my nicknames was Small Fry. Now I understand. I really am a small fry in a great big world of learning.
View all posts by rozsmallfry →
This entry was posted in Beverages, Culinary supplies, Food, Joy, Lifestyle, Restaurants, Travel, Wine and tagged Culinary Adventure, Easter, Kettle Valley Winery, Naramata Bench Wineries, Okanagan, Roger Planiden, songbirds, spring, Top Cat Tours, vineyards, wine. Bookmark the permalink.